Myanmar, officially Union Of Myanmar, also called Burma, Burmese Myanmar, or Pyidaungzu Myanmar Naingngandaw, is a country lying along the eastern coasts of the Bay of Bengal and the Andaman Sea in southeast Asia.

The country covers an area of 677,000 square kilometers (261,228 square miles) ranging 936 kilometres (581 miles) from east to west and 2,051 kilometers (1,275 miles) from north to south, It is a land of hills and valleys and is rimmed in the north, east and west by mountain ranges forming a giant horseshoe. Enclosed within the mountain barriers are the flat lands of Ayeyarwaddy, Chindwin and Sittaung River valleys where most of the country's agricultural land and population are concentrated.

Myanmar is the largest country in the South – east Asia Peninsula and it is about the size of Texas and the size of United Kingdom and France combined. Over 50 percent of total land area is covered with forests.

Myanmar has a long and complex history. Many peoples have lived in the region and the history began. The first identifiable civilization is that of the Mon. The Mon probably began migrating into the area in about 300 BC, and their first kingdom Suwarnabhumi, was founded around the port of Thaton in about 300 BC. The Pyu arrived in Myanmar in the 7th century and established city kingdoms at Binnaka, Mongamo, Sri Ksetra, and Halingyi. During this period, Myanmar was part of an overland trade route from China to India. By 849, the Burmans had founded a powerful kingdom centered on the city of Bagan and filled the void left by the Pyu. The kingdom grew in relative isolation until the reign of Anawrahta (1044 - 77) who successfully unified all of Myanmar by defeating the Mon city of Thaton in 1057.

After the collapse of Bagan authority, Myanmar was divided once again. The Burman's had reestablished themselves at the city of Ava by 1364, where Bagan culture was revived and a great age of Burmese literature ensued. The kingdom lacked easily defendable borders, however, and was overrun by the Shan in 1527.

Survivors of the destruction of Ava eventually established a new kingdom centered on Taungoo in 1531 led by Tabinshwehti (reigned 1531-50), who once again unified most of Myanmar. A popular Burmese leader named Alaungpaya drove the Bago forces out of northern Myanmar by 1753, and by 1759 he had once again conquered Bago and southern Myanmar while also regaining control of Manipur. He established his capital at Yangon.

In the 19th century , during the peak period of colonialism , Myanmar was annexed in three stages by the British after three Anglo – Myanmar Wars in 1825 ,1852 and 1885.During the Second World War , Myanmar was occupied by the Japanese for nearly three years until the allied Force reoccupation in 1945.Myanmar became a sovereign independent state on January 04 , 1948. 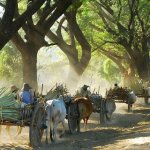 Myanmar is a union of 135 nationalities with their own dialects and traditions. The major races are Kachin, Kayah, Kayin , Chin, Bamar, Mon, Rakhine and Shan. The population of Myanmar is about 60 million. 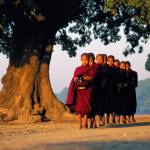 Myanmar lies between two great civilizations , India and China , but it has developed its own distinctive culture. Buddhism has a great influence on daily lives of the Myanmar people. The people have preserved the traditions of close family ties , respect for elders and simple native dress. While tolerance and contentment are the characteristics of people , Myanmar hospitality is legendary. 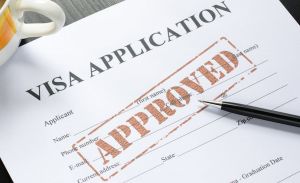 E.V.T (FIT)
This Visa can be obtained at every Myanmar embassy or consulate by submitting passport and 3 photographs! Normally need to change US$ 200,- into F.E.C (Foreign Exchange Certificate) on arrival. But for time being nobody needs to change the US$ into FEC at the airport! Visa fees: equivalent: 20 US$ per person.

E.V.T(PACKAGE)
We need your passport particular after sales and we will send you our Package Tour Confirmation Letter You can apply Package Visa at the nearest Embassy or Consulate with this letter and passport and 3 Photos. No need to change 200, - US$ into FEC on arrival. Visa fees: equivalent: 20 US$ per person.

VISA ON ARRIVAL
Visa on Arrival system makes the tourists convenient who have not enough time to apply normal EVT visa (Entry Visa for Tourists) at the certain Myanmar Embassy or Consulate abroad. Especially, for the tourists whose from the countries where Myanmar Embassy or Consulate do not exist. Our company would provide the visa upon your arrival.
After getting approval, we will send the recommendation letter through e-mail to use for airlines boarding pass and to show immigration upon your arrival. It will take minimum 14 working days for the application and you have to send the follow data to us:
We can assist this service only, if the tour is booked through us. We can get permission and then submit to Immigration Department. After Visa is approved, we will inform the International airline that they will allow your boarding without Visa in your passport and cc to you.
Visa on Arrival is granted on prior arrangement with the Ministry of Hotels and Tourism and immigration department with the data to our company as mention below.

You need to bring 3 passport photos from abroad to show at the visa counter at the Airport as there is no possibility to take photos at the airport!!!

TAXDUTY
Expensive jewelry, cameras and electronic equipment in your possession must be declared at the arrival tax duty counter. When traveling in Myanmar, receipts of jewelry, sculptures and antiques bought from authorized dealers must be with you and when asked by authorities concerned you must be able to produce them. Antique artifacts are not allowed to be taken abroad.

FOREIGN EXCHANGE CERTIFICATE(FEC)
FECs are also in use in Myanmar. One FEC is equal is one US dollar and can be used in place of dollar. One 5, 10 and 20 FECs are in circulation. It will be convenient for tourists to bring 100 US-dollar notes with President Benjamin Franklin's portrait.
If the dollars brought in are clean and new, they will be readily accepted. Euro and Pound Sterling currencies can also be exchanged.

CREDITCARD
It will be difficult to use credit cards and travelers' checks in Myanmar. Some big hotels, restaurants and gift shops may accept them, but they will charge high commission rates. Commission rates will be anything from between seven to 10 per cent.

DUTYFREEGOODS
An individual tourist is allowed to have two bottles of liquor, two cartons of cigarettes or one hundred cigars and a half-liter of perfume. Duty Free shops are open at arrival and departure lounges at the Yangon International Airport and items can be bought at reasonable prices.

WORKING HOURS
Office hours for government departments are from 9:30 am to 4:30 pm whilst for private companies, from 9:00 am to 5:00 pm. Saturdays and Sundays are holidays, but for some companies, Saturday is only a half-day holiday. All offices are closed on Sundays.

WEATHER
There are three seasons in Myanmar. Summer is from March to the end of May with temperatures between 30° C to 40°C. The Rainy Season is from June to September and Winter, from October to the end of February. Even in the Rainy Season, rain is scarce in Bagan and Mandalay regions in the dry zone.

CLOTHING
Light and enveloping clothes are suitable for the country's climate.
In the chilly regions of northern Myanmar such as Inlay, Kalaw, Pindaya, Kyaingtong, PyinOoLwin and Lashio, sweaters and jerkins are preferable. In visiting pagodas, shrines and religious places it would look respectable to the religion if you abstain from wearing short

CHINA (Embassy of the People’s Republic of China)

INDIA (Embassy of the Republic of India)

PHILIPPINES (Embassy of the Republic of Philippines)

SINGAPORE (Embassy of the Republic of Singapore)

THAILAND (Embassy of the Royal Thai)

UNITED STATES OF AMERICA (Embassy of the United States of America)

YUGOSLAVIA (Embassy of the Federal Republic of Yugoslavia)

BANGLADESH (Embassy of the People’s Republic of Bangladesh)

EGYPT (Embassy of the Arab Republic of Egypt)

GERMANY (Embassy of the Federal Republic of Germany)

INDONESIA (Embassy of the Republic of Indonesia)

ITALY (Embassy of the Republic of Italy)

KOREA (Embassy of the Republic of Korea)

PAKISTAN (Embassy of the Islamic Republic of Pakistan)

RUSSIAN (Embassy of the Russian Federation)

VIETNAM (Embassy of the Socialist Republic of Vietnam)